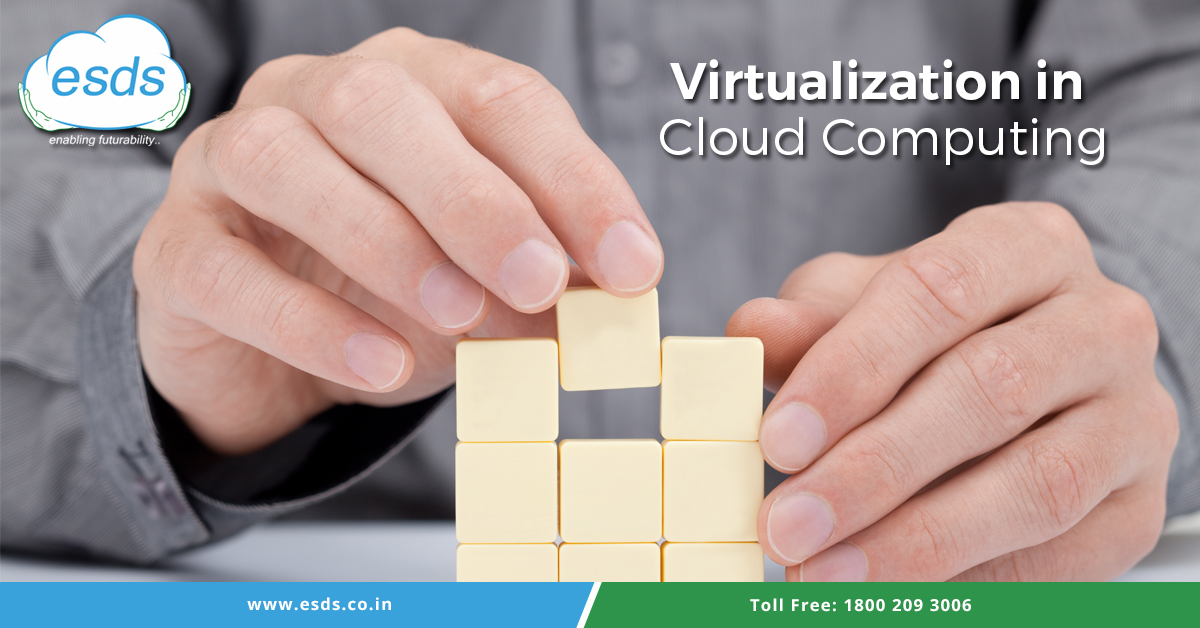 The modern era has paved the way to think about the virtual world. In this era where things are moving towards digitisation, it seems Cloud computing has also taken a pledge to contribute to the virtualisation around the globe. With the dawn of the internet, cloud hosting has become extremely important in terms of sharing information. In the cloud environment, Virtualisations becomes the must-have technique for data exchange. Since the cloud itself is a virtual entity, Cloud Computing is located somewhere under the umbrella of virtualisation. The technique of virtualisation involves creating virtual servers, infrastructures, devices and computing resources. Virtualisation has become a vital part of cloud-based computing by changing hardware-software relations. This makes cloud computing capabilities to be utilised fully.

The virtual technology manager is used to encapsulate virtualisation in cloud computing.  It separates the physical hardware and its emulated parts like CPU memory, I/O and network traffic. This enables the software operating system to interact with the hardware that is a software emulation of the same hardware. The virtualisation of hardware leads to increased flexibility, control and isolation by removing the dependency on the hardware platform. The cloud is nothing but, a virtual environment formed by the combination of multiple virtual machines. So, virtualisation is a critical factor for the creation of cloud infrastructure.

The acceptance of cloud computing is threatened by the unresolved security issues that damage both the cloud provider and the cloud user. Virtualisation has the capability to provide improved security to both the guest virtual machines and the components of the cloud environment. The integration of virtualisation in cloud computing has brought about convenience and efficiency along with data security and privacy protection.

Cloud Virtualisation eases managing the workload by making it more scalable, economical and efficient. Sharing of applications to multiple customers and companies becomes more accessible with the virtualisation technique in cloud hosting.  So, a combination of virtualisation and cloud computing can be the ideal solution to deliver desired results for the organisations.

Here are some strategies to implement virtualisation in cloud computing:

Network Virtualisation surely has given wings to the success of cloud computing. In this method, the available resources in a network are combined by splitting up the available bandwidth into independent channels. These channels are assigned or reassigned to the separate devices in real time. Segmenting the channels reduces the network complexity and makes it easier to manage the devices.

Network Virtualisation consists of a variety of hardware, software and the combining network components. It also involves storage virtualisation, which enables managing all storage as a single resource.  Network Virtualisation is beneficial especially to the networks experiencing a rapid, significant and unpredictable increase in usage.

Storage Virtualisation is used to create an artificial view of the storage; thus, keeping the physical infrastructure hidden from the clients and servers. It enables to pool the physical storage from several interconnected storage devices to appear as a single storage entity that is managed by a single console. This technique is mostly used in storage area networks. It helps the storage administrator to backup, archive and recovers data more efficiently and quickly.

It is the critical technology in both virtual and cloud environments. It enables the applications to access the desired storage without any information of where its housed.

Server Virtualisation is a heavily used concept in building IT infrastructure to minimise costs by increasing the utilisation of the existing resources. The technique involves masking of server resources. Also, it replicates the physical servers by completely changing their identity, numbers, operating systems and processors.

Server Virtualisation reduces the chances of continuously managing complex server resources. It allows sharing and utilising a large number of resources and also, has the capacity to expand the resources when in need.  It is the best solution for small and medium scale applications with limited budgets.

Data Virtualisation technique involves gathering data from different information sources to create a single, logical and virtual view of information. This information is accessed by the front end users like applications, dashboards with any information of the data storage location. The technique consists of collecting, transforming, federating and delivering the processed data to the front end sources.

The main aim of data virtualisation technique is to provide a single point of access to the information collected from various data sources.

It enables to overcome the existing problems like application incompatibility with the existing hardware and the faults like bugs.

Virtualisation sounds to be a fascinating field. It has been widely accepted in combination with cloud computing as the best alternative to local data hosting. Virtualisation in cloud computing has a diverse range of uses and benefits that are expanding day by day.  With technological advancements, virtualisation has become an indispensable tool.

The demanding needs of the industry have led to an increase in the number of virtualisation techniques for cloud computing. The evolution of these techniques or strategies is about to bring the change in the traditional methods of cloud hosting.  It will be interesting to see how these strategies contribute to the future development and acceptance of cloud hosting.