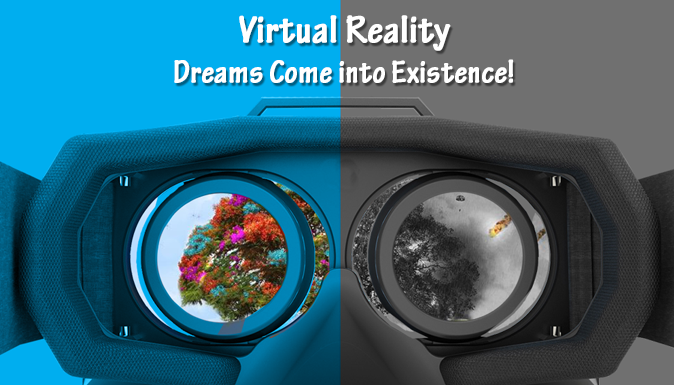 Virtual reality also known as computer-simulated reality , which is a computer technology that replicates an environment, real or imagined, and simulates a user’s physical presence and environment in a way that allows the user to interact with it.  In short Virtual reality is the creation of a virtual environment presented to our minds in such a way that we experience it as if we were really there.

Imagine being able to face your greatest fear in a very safe, controlled environment. That is virtual reality.

Virtual reality is adapted by defense sector, i.e. army, navy and air force where it is used for training purpose. It is particularly used for training soldiers for combat situation or dangerous situation where they have to learn how to react. Here VR enables them to react without the risk of death or harm to their life. The main advantage of this saving the time and cost as military training are expensive.

Education is one of the most important sectors where VR is helpful as it enables large number of students to interact with each other without physically being present and with 360 dimensional environment.

One of the main advantages of virtual reality in healthcare industry is healthcare professionals can learn new skills and refresh the existing one in safe environment. Virtual reality is used in dentistry, robotic surgery, treatment for autism and many other things.

Many firms like construction firms, architectural firms are using VR for virtual tours of business environment. Now a days meeting are organized in virtual world with people who are sitting in various locations. VR is low cost solution to communicate with large number of people in remote location.

Virtual reality is very common in science fiction movies. Also it is used in radio, television. This technology is also part of experimental sound display.

2016 will experience increase in mobile based VR experience. Samsung gear is becoming popular as it is available in low cost.

So finally Rift, Vive, play station VR, are all going to land in 2016.In spite of many challenges and cons virtual reality is still predicted to be a mainstream business in coming future.