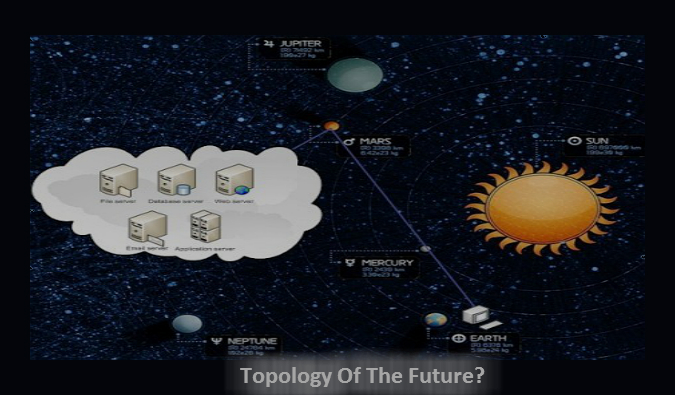 Topology – is a way to physically connect computers in a LAN

There are three basic topologies used in the construction of computer networks:

This topology uses a single transmission channel based on coaxial cable, called a “bus”. All network computers are attached directly to the bus. At the end of the cable-bus set specific caps – “Terminator”. They are necessary in order to extinguish the signal after passing through the bus. The disadvantages of the topology of “bus” should include the following: – data, brought by cable, available to all connected computers;  – in case of “bus” damage, the whole network stops functioning.

Topology of “The Ring”

For the ring topology, it is characterized by the absence of endpoint connections, the network is closed, forming an unbroken ring, on which data is transmitted. This topology implies the following mechanism of transmission: the data is transferred sequentially from one computer to another until it reaches the computer of the recipient. Disadvantages of Topology “ring” the same, the topology and “bus”: – accessibility of data – the instability of damage to the cable system.

Topology of “The Star”

In a network with the topology of “star” all the computers are connected with a special device called a network hub, or “hub”, which serves the distribution of data. Direct connect two computers in the network are missing. Because of this, it is possible to solve the problem of accessibility of data, as well as increased resistance to damage the cable system. However, the functionality of the network depends on the hub. Other topologies

Besides the three main considerations, the basic topology is often used as “tree” network topology, which can be regarded as a combination of several stars. As in the case of a star, a tree can be active, or true, and passive. With the active tree in the center combining multiple lines of communication are central computers, and the passive – hubs. They are used quite often and combined topologies, among which the most widely-star bus and star-ring.

A star-bus topology uses a combination of tires and passive star. In this case it connects to the hub as individual computers and entire segments of the tire, that is actually implemented by the physical topology “bus”, which includes all the network computers. This topology can be used by multiple hubs that are connected to each other and forming so-called backbone, the support rail,  and each of the hubs are connected with individual computers or bus segments. Thus, the user can flexibly combine the advantages of bus and star topologies, as well as easily change the number of computers connected to the network.

This topology combines the advantages of the star and ring topologies. For example, the hubs can gather in one place at all the points of connection cable networks.