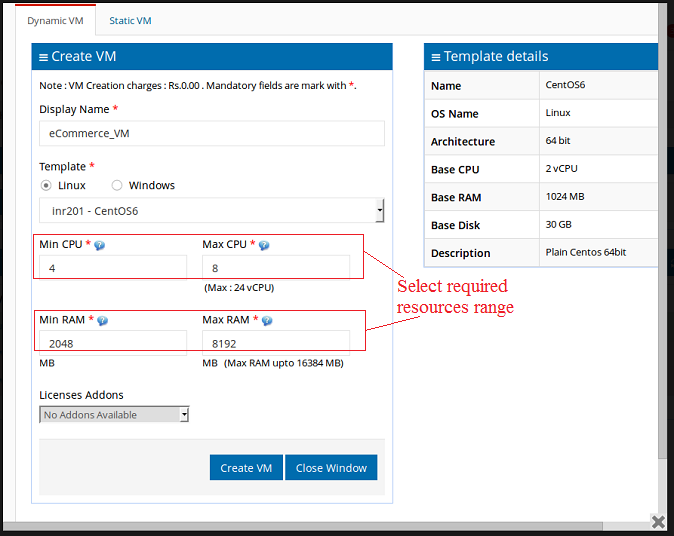 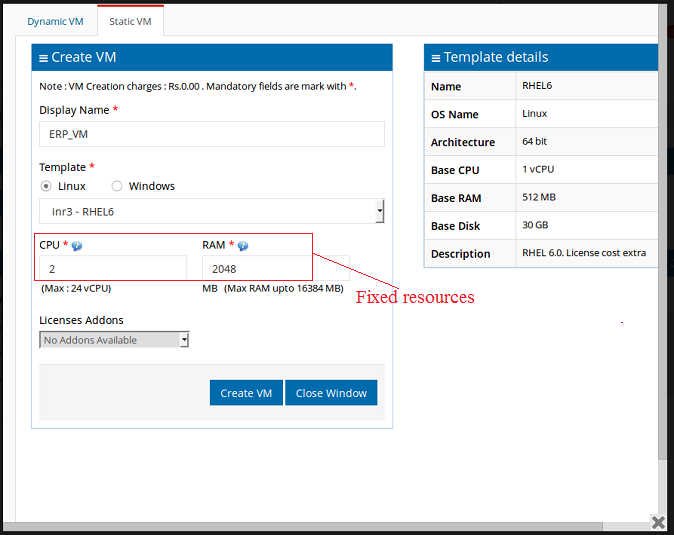 RESOURCES FOR CPU AND MEMORY:

In DVM, resource allocation is on demand and charges applied are for what is consumed i.e. pay per consume. Computing resources like Memory and CPU can be set with minimum and maximum thresholds, as shown in image. Scaling of resources is done between these limits as per requirement in virtual machine. Take an example; if the load has peaked to the upper threshold, such that it requires resources to be scaled to the maximum limit and with decrease in load resources would be scaled down automatically.

In SVM, Resource allocation is fixed and charges applied are also fixed for allocated resources as shown in image. System cannot scale up compute resources automatically.

From above descriptions, we can conclude that DVM is better compared to SVM in resource utilization; it is also cost effective solution.

DVM is very beneficial in Peak load hours and due to auto-scalability feature system works in continuity unlike SVM. Thus provides, flexibility, continuity and productivity.

In DVM, charges are applied as per consumed bandwidth, memory and CPU.

In SVM, charges are applied as per consumed bandwidth, but fixed charges for allocated resources.

During off-peak hours charges applied are cost efficient in DVM compared to SVM.

In DVM, you will be charged only for resources you have used.

In SVM, you will be charged complete for fixed allocated resources and as per utilized bandwidth.

DVM is cost effective as compared to SVM with resourceful ability of auto-scaling.

From all the conclusions drawn above, it clearly points that DVM are beneficial over SVM.

Vaishnavi is an Engineer and a blogger with an acute inclination to technology, especially the computing technologies. At ESDS, she explores cases of PaaS and related technologies and gives consultation by means of blogs. Connect with her over Twitter and Facebook