What is IP address?

Well, instead of technical definition let’s see the simple definition of IP address.  An IP address is a unique series of numbers/digits that tells us where a particular device is on the Internet network. It is an identifier for your computer or device when you are in network. 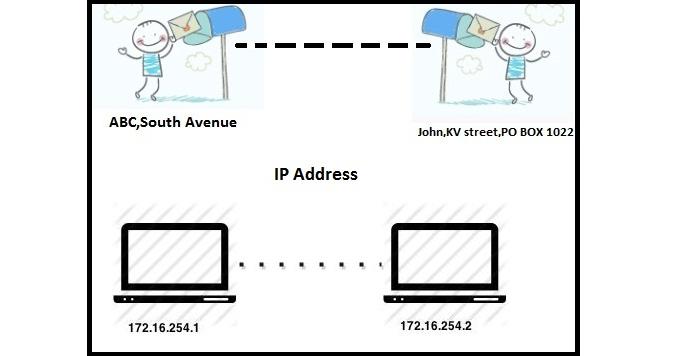 Why do we need IPv6?

Just as telephones use a system of telephone numbers in order to communicate with each other, every internet connected computing device gets a unique number known as an “IP address” that connects it to the global network.

The problem is that the present Internet addressing system, IPv4, has capacity for about 4.2 billion addresses. These addresses are not enough for the increasing number of new devices like computers, smart phones, TVs, smart watches, cars and so on. Already  more than 4.1 billion computing online devices are using IP addresses and that’s why soon there will be shortage of IPv4 addresses.

To overcome this limitation we have IPv6 Addresses.

Let’s see what is the capacity of IPv6 address system.

As per present population, we can assign   5 x 1028  IP addresses per person on the Earth planet. Don’t know about other planets.. 😉 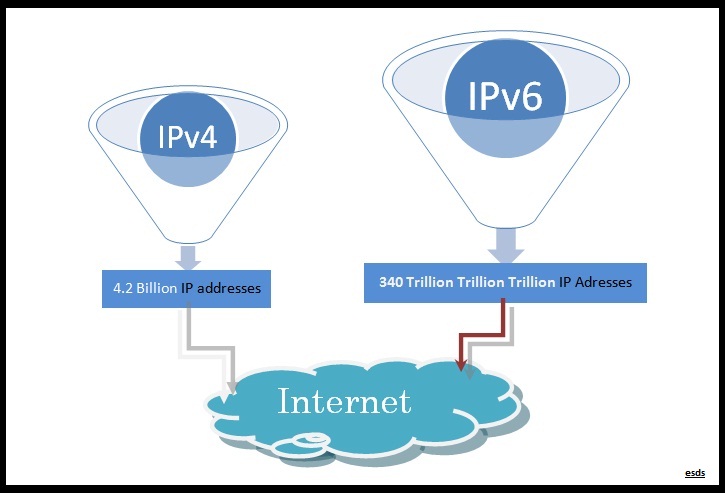 Some disadvantages of IPv4 are removed from IPv6 like unnecessary fragmentation & headers . IPv6 made up of best things from IPv4 & excluding minor flaws of IPv4.

End-to-End Connectivity as well as Traceability –

Many organizations implements  Network Address Translation(NAT) which is used in IPv4 networks that allows several computers to connect a public network using the same public IPv4 address.  Because of NAT we are not able to  trace packet end to end. If we are using IPv6 then there is no need of NAT & a packet can be traced from ultimate source to ultimate destination.

IPv6 will allow better control of how heavy media and critical apps perform on a network, and allow faster. A new field is included in the IPv6 packet header-‘Flow Label’- which keeps track of path and flow .IPv6 can give better support to services like VoIP & video webcast, because it enhances quality of service (QoS).  QoS permits certain types of network traffic, to get priority during heavy bandwidth use.

With the exponential growth of smartphones, tablets and other internet-enabled devices, ISPs have started realizing the impact of IPv4 address exhaustion — and thus, some ISPs are truly started to switch over to IPv6.

In India, IPv6 is already implemented & tested in ESDS Data Center. At ESDS, which is a group of Web Hosting companies based in India, UK and the USA, we really believe IPv6 is very important to the growth of the Internet which will allow all devices to communicate with other each other directly.