Wireless technology is based on the IEEE 802.11 standard that uses radio waves (RF) to transmit data between devices. It has become a part of life for many people and companies, taking into account the same functionality as a wired network, but with some dominant characteristics: flexibility, ease of deployment, low cost.

The technology called wireless, wi-fi, or wireless via radio, is a technology that uses radio waves (RF) to transmit data between devices. Emerged in the late nineteenth century and involved a series of scientific discoveries and advances that were being developed, where the end result is a global communications network and a vast network of networks available in various public spaces, businesses, and already the home of many people, including here in India.

Following the IEEE (Institute of Electrical and Electronics Engineers) responsible for defining the 802.11 standard, approved in 1997.

An alternative to wired networks, completing it and providing the same functionality of conventional networks of flexible, efficient and even with a better cost / benefit. If it is possible to install in remote locations where there is no existence of an infrastructure (wired) or it becomes unfeasible to create one.

Almost all wireless networks connect to the network wiring at some point in order to provide access to files, databases in data center and the Internet. There are many ways to make these connections, depending on the circumstances.

At the time of preparation of standard wireless networks using the 2.4 Ghz frequency (as often used in some cordless phones, baby monitor and microwave) and provided data rates around 1 to 2 Mbps over a range of approximately 1 km. Currently, depending on the wireless technology used, we can use different frequencies, transmission rates of up to 600 Mbps, reaching distances of up to 50 miles and a throughput above 70 Mbps.

With prices becoming more affordable, wireless networks are becoming more common every day. If you were in a mall, airport, hotel or even a library recently, you probably have gone through a wireless network without knowing it. When choosing your wireless should consider: standard range, location and structure of the course costs.

But after all, how wireless technology works?

The logic is simple: instead of cables, it uses the wireless signal to connect.

A wireless network uses radio waves, your communications over a network is very similar to the communication of cell phones, televisions, radio transmitter / receiver.

In general, a wireless network can be structured in three ways:

Ad-Hoc or IBSS (Independent Basic Service) – is the network in which all devices operate as a wireless router, transmitting the communications from the neighboring devices. This type of network does not need an AP. The protocol used in this type of network is the OLSR.

BSS (Basic Service Set) – are networks where all devices share the same Access Point (AP). The AP serves as a bridge between wireless devices and fixed network. Unlike Ad-hoc network, the AP is an obligatory point of communication between all devices on the wireless network. 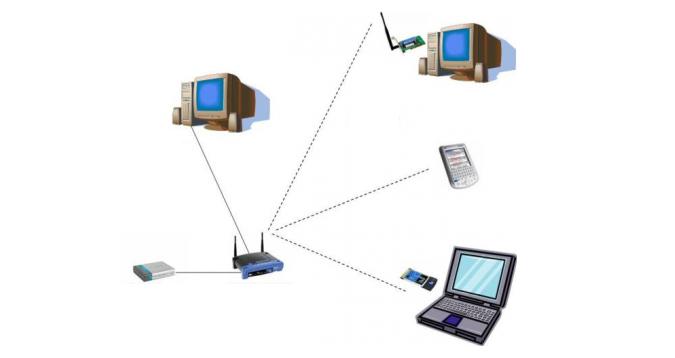 ESS (Extended Service Set) – represents a set of wireless networks (BSS) interconnected with each other. 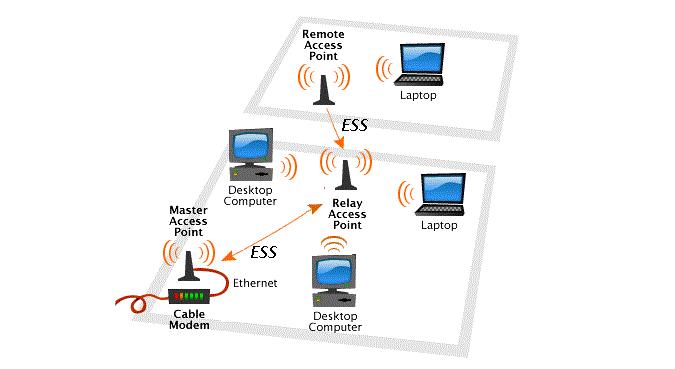