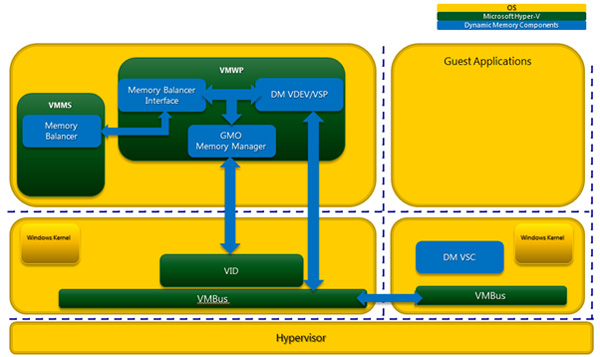 Hyper-V version 3 with Windows Server 2012 has a new feature which dynamically allocates memory (RAM) on a Windows virtual machine. What is that? And is it a complicated process?

It is simple; it adds memory to a VM as needed up to a limit defined in the configuration. The dynamic addition is actually a hot-add memory to the VM.

Our Hyper-V server contains a VM that uses dynamic memory feature. It has 2 GB of memory assigned minimum and begins to saturate. 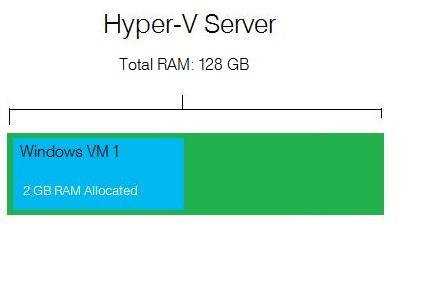 You will clearly understand in order to use this feature requires the system that taking advantage of the compatible virtual host which supports dynamic memory driver. 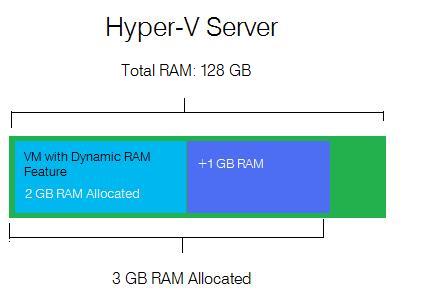 OK, now our VM has a 3 GB of RAM, thanks to hot-added memory. The hours pass…the peak load of activity decrease and then our VM does not need as much memory.

A signal is sent to the Hyper-V host to withdraw the memory from our virtual machine, but we cannot remove memory directly from a Windows machine enthusiastically, otherwise a crash will obtain with a famous blue screen.

To counter this problem there is a solution. In fact, Hyper-V does believe in the system of exploitation when the VM memory is unavailable. Alright, as our VM no longer need to use that part of memory, it is then possible to reassign it to another needy VM. This is called as the “Memory Ballooning”. 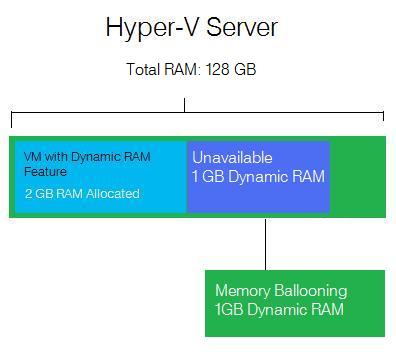 To enable dynamic memory feature on virtual memory in Hyper-V manager, right click on the VM on which you need additional RAM, then click on “Settings”. Then on the left side, click “Memory” and in the right pane, select the check box next to “Enable Dynamic Memory”.

However, there are various fields:

-Minimum RAM: it must always be made available to the VM, and then the VM memory will not drop below this value. This is the minimum memory that the VM needs to function.

-Buffer: This buffer will be allocated to the VM memory very quickly with an area pre-allocated memory on each VM that can react quickly during a peak load.

It may be interesting to define a high value for this field when the VM is running an application that require a large amount RAM chunk for a moment and then release afterwards. This will meet the needs of the application. Conversely, set a low value on a VM if it turns an application that always seeks to use the maximum possible memory.

To determine this value, Hyper-V uses the percentage you point it and the amount of memory used at a time T by the virtual machine. After a calculation, it shows a value that will correspond to the available buffer.

-Memory Weight: It manages the memory availability on the priority of a machine relative to another. The higher the priority, the more Hyper-V will work to prioritize allocating memory for that VM rather than another whose priority is lower. It is important to prioritize critical virtual machines first and have significant advantage in term of memory.