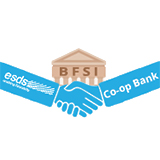 The co-operative banking sector, before its introduction to ESDS in November 2011, lacked a stable IT infrastructure. Banks back then were far away from adopting technological trends; the staff too wasn't technically sound and open to adopting new technology. Even if they knew about new technologies, they didn't know how to use them to their advantage. This posed them with several challenges; a prime challenge being connectivity and high cost. Banks were also unaware of Cloud technology and the benefits that the Cloud could provide to thousands of co-operative banks that have more than 200 million customers across the nation.

ESDS stepped in as a revolutionary of sorts in the co-operative banking sector at such a time. ESDS team went the extra mile and educated the co-op bank members about Cloud and how it could help banks cover up the technological gap. Co-operative conclaves and events were organized by the ESDS team to educate and train bankers about Cloud technology including cloud hosting, DC, servers and of course, ESDS' role and functions. Until that time, co-op banks hosted their services on-premise or with a particular Core Banking ISV (Independent Software Vendor) and the same Core Banking Software (CBS) provider was responsible for supplying them with servers.

The educational efforts taken by ESDS made the co-op banking sector understand cloud hosting services. We realized that banks needed a complete solution including both Core Banking Service and Hosting as a package. Thus, strategic partnerships was created between us and top Core Banking Solution providers like Infrasoft, Virmati, Infosys, Nelito and others; so as to give banks a combined solution thereby creating a win-win situation for all. This innovative model pioneered by the ESDS' team came to be called Application Service Provider (ASP) model. It is composed of CBS, Cloud Hosting, Managed Services, Networking, Uptime and other things. Eventually, more than 280 co-op banks chose this model to leap ahead in the race towards digitalization.