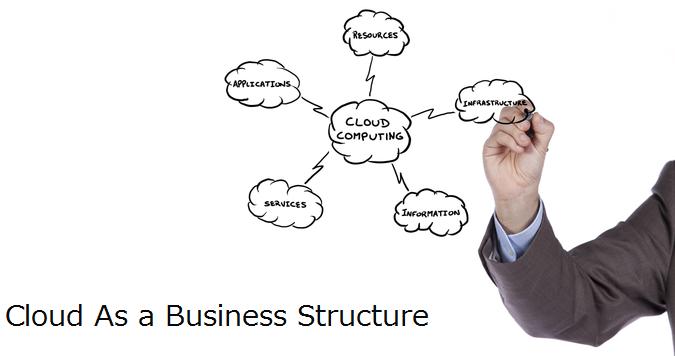 The adoption of cloud computing has started to accelerate worldwide. But the first experience indicate that a complete replacement of the traditional model for cloud computing services will not happen soon. On the other hand the initial reasons that encourage the adoption of cloud, such as cost reduction, begins to be replaced by the agility with which the business is now available when using this template to create new and innovative processes and applications.

The model of cloud computing is just beginning to impact business and IT industry itself. But it still arouses suspicion and many companies are waiting cautiously that “early adopters” show the path. It is normal for this scenario. After all, much has been said about the distributed model, we currently use, and not everything promised has actually happened.

Besides, making predictions is always risky. And now again, we are facing stuck forecasts, such as “When the Paris Exhibition was over, no one else heard about electricity”. (Erasmus Wilson, Oxford University, 1879) and “The television will not work. People will have to stare at screen, and the average American family has no time for that. “(The New York Times, April 18, 1939, presentation of the prototype of a TV set).

Why were these things said? Were these people ignorant? No, scientists and professionals are well prepared. The point is, they do make wrong assumptions.

I recall here an interesting little story. In 1886, Gottlieb Daimler had just unleash the horses of a chariot and installed an engine behind her. He created the first car (or horseless carriage). His company teamed up with Karl Benz in early 1900s, tried to predict the size of the world market for these so smoky and noisy vehicles. After a careful analysis he predicted that, in the next century there would be around one million cars in use worldwide. But this prediction was proved entirely wrong. In 2000, there were over 600 million cars in the world! It was a long-term forecast, subject to weather, but still missed by a factor of a thousand. Why? The assumption used was wrong. They predicted that,  in hundred years the world population of professional drivers would be about one million and this would be limiting the growth in the use of horseless carriages. The assumption was that, every car need a professional driver, as at that time. That’s not what happened. Anyone can drive a car.

The same happens when we look at cloud computing from the perspective of the current model of IT and we cling to view this model as a simple modernization of outsourcing. But the possibility of a company and even creating new business processes without waiting for the traditional cycle of IT, and even without major capital investments, but only in operating costs (opex) opens up new and innovative spaces to be explored. Cloud can help you to transform your own business. Therefore, the cloud computing model should not be viewed solely from the perspective of technology, but as a strategic means to leverage new business.

However, the change will not occur by a “big bang”, but gradually. There are still barriers in the way and legal compliance still create risks for the business. Many providers do not have solutions and practical experiences. On the other hand, if you sit back and wait for things to happen, it can pass off good opportunities for competitive advantage. Also, frankly speaking, the data centers of some global cloud providers are much more advanced and secure than most enterprise data centers. So what to do?

In my opinion, companies should look at cloud from the perspective of a business strategy and begin to experiment with this model. If the organization already has familiarity with outsourcing, cloud can become a natural extension of your IT. The hybrid model, where applications on-premise clouds coexist with private and public clouds, will be the natural way for many companies. Expanding the current systems to operate in the cloud, while still maintaining the most sensitive data inside the house is a good way. This way you gain experience and cloud gradually detaches itself from the traditional model and it will become part of the company’s IT DNA.

The speed of adoption of cloud computing will depend on the culture and industry sector of each company. There are more regulated sectors and companies who are most aggressive in adopting innovations. There is no single recipe that suits all organizations. For example, a company can start by putting the majority of non-ERP systems and cloud with it, while reducing operational costs, you can immediately achieve greater agility to new demands by IT users. But the results do not come only with the tactical adoption of cloud. It represents a combination of the reorganization of IT to think more agile (Agile development) and not adhere to basic operational activities, standardizing and automating their operational environment (cloud computing).