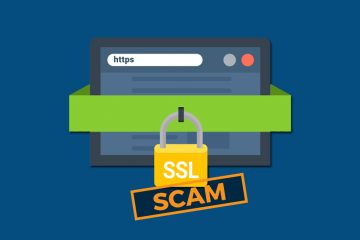 The internet contributes significantly to people’s lives these days, whereas the lives of some people evolve with time around the web. However, not everything on the internet seems real or seems as it is.
Just as the filmmakers use sophisticated tricks, manipulations, and effects to get us to believe that the action is real, so also there are numerous websites on the internet which are using a lot of tricks and great range promises to get the internet user part way with their cash or information for fraudulent acts.
The internet is full of websites that appear real on the surface but beneath it, its fake, fraudulent and scam -a ploy to fraud people

With the geometrical growth in online services and internet use, accompanied by tremendous benefits has been a series of opportunities outlets for criminals to commit scams and fraud. These are fraudulent schemes that seek to take advantage and prey on unsuspecting users to gain a benefit (such as money, or access to identities)

The Secure Socket Layer protocol (SSL) was the initial implementation to protect internet users on websites. However, it has been currently implemented as TLS.
TLS is an encryption protocol used to protect HTTP connections on the Web so that the website users can securely exchange information and use the website for financial purposes such as accessing bank details, passwords to classified information’s

TLS is of particular interest for online financial transactions, such as online shopping but is also essential for logins, to ensure that eavesdroppers cannot harvest usernames and passwords in unencrypted network traffic, then hack accounts

To the untrained eye, it’s almost impossible to tell a fake site from the real one. Hackers clone an actual website to create a fake one with a high level of correlations. This tactic could be used to steal financial information or medical data

Series of service providers helps forestall their customers from being a victim of a scam by issuing server certificates to authenticate a Web server. It is a protective cover made out of band certificates to the client system to cut off any middle attacks. The method by which the CAs make their registration and verification systems available is known as PKI or Public Key Infrastructure

• This is a check for SSL Poodle, BEAST, CRIME, Heartbleed, DROWN, etc

It goes deep in SSL Check, by accessing the following areas prone to SSL scam: