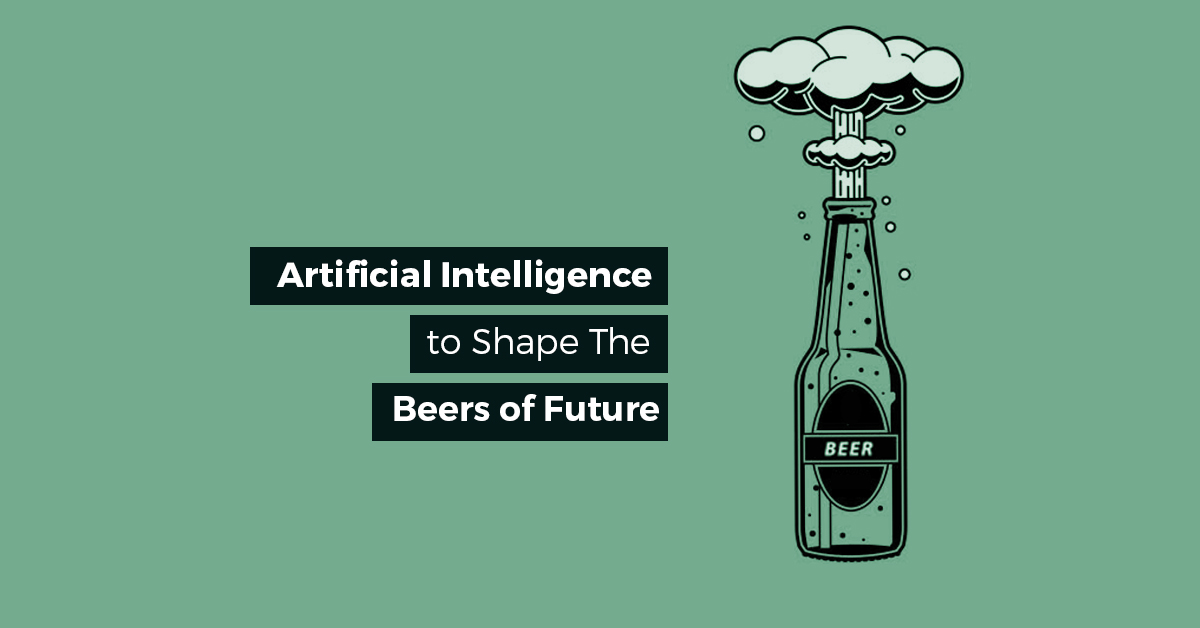 To make this naturally tasting beer, taste better; advanced sensors are used to predict and map the exact flavours quickly. The main aim of this delightful- sounding AI project is to create the catalogue flavours depending on the customer’s taste. This will help in researching the better taste combinations and increase the production of beer faster.

Here is how the beer industry is leveraging Artificial Intelligence:

Taste sensing platform is an innovative project taken up by Carlsberg to analyse different flavours and identify the differential elements of the flavours. This AI based brewery makes it possible to distinguish the different tastes developed each day quickly. Earlier, this process was solely carried out by humans without any technical support which was time and effort to consume. AI has proved to be a stepping stone to the beer industry by replacing humans with the sensors. In other words, the sensors in replacement to the humans have helped to get the beer product much faster in the market than ever before.

Many beer industries are using Artificial Intelligence to brew a high-quality beer.  Earlier, the brewers used drinker’s feedback to make improvements to the beer quality and taste. But, this project has changed the way beers are created and marketed. The sensors determine the flavour match and analyse the yeasts. The information helps the AI system to generate new brews.

Customer feedback is used to adjust the beer recipe using AI algorithms and machine learning.  IntelligentX is one such project used to brew a beer. It creates four varieties of beer –Golden AI, Pale AI, Black AI and Amber AI.  The drinkers are asked to give their feedback through the Facebook messenger regarding the beer they consume. The final decision is taken by the brewers whether to take AI’s advice or not once the data is processed. AI helps the brewer to make decisions based on customer feedback.

Further, the AI algorithm can also be customised to make beer recipe based on customer preferences. In this project the method of the beer changes depending on the customer feedback interpreted by the AI algorithm.

Artificial Intelligence has revolutionised the craft of beer brewing across the globe.  It is the best way to give a quick response to the fast-changing taste of the world. Artificial intelligence has proved to be an interesting quirk in the sea of beer crafts thus, attracting the beer industries. AI has helped to reduce the human efforts and time thus, benefitting the industries to generate a high-quality product. The day is near when not one or two but, the entire beer industry will adopt AI to shape the beers of future.