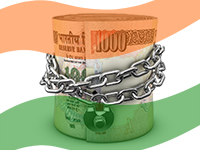 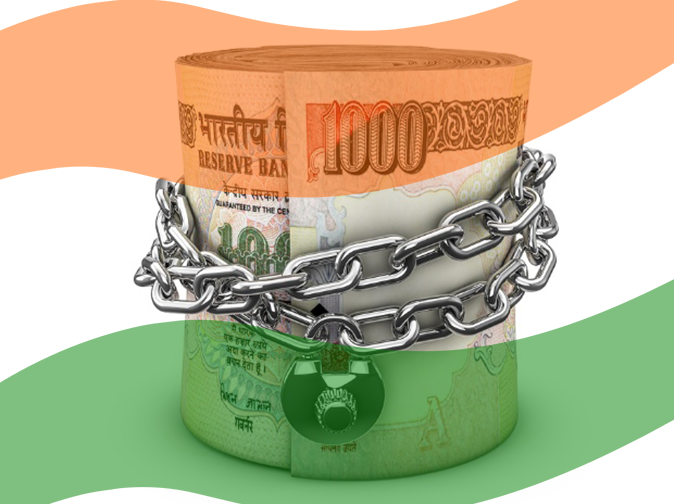 The recent announcement of 500 & 1000 rupees currency notes demonetization put everyone in our country in the life-size test due to the brutal suppression of 80% of the cash.

The method is simple. You get up one morning & you learn that your XYZ cash is legally prohibited now. All this means that the central money (the currency), the only one that is constitutionally legal, has become illegal.

After this demonetization announcement, the Prime Minister reassured with the promise of new cuts, as well as the possibility of going to any bank to exchange old currency with the new ones.

However, it isn’t that simple operation in real life.
Demonetization is a very very bold move! Why?

We need to take a look at Bloomberg article (https://www.bloomberg.com/news/articles/2016-11-23/india-s-cash-canceling-experiment) which shows how complicated it is to bring down the cuts in a millennial country that has operated in the way that isn’t changed for a long time.

But the Indian government has no choice. For e.g. today one can set up a company without cash piloted by the unavoidable globalized American & European companies, however, if we see the same picture on the larger scale then you will realize we cannot continue with that kind of development, why? Because then India will need to renounce its status as a global country with the possibility of the threat/blackmail of seeing these globalized companies migrate with their financial flows & their places of work, which are currently playing the major role in balancing the employment as well.

Hence, the government is taking the risk of collapsing the local economy for the good cause of course. A war against the cash is launched. The latter leads directly to a war against the people & against its non-globalized bourgeoisie.

But this is not all!

The Indian government also launched a simultaneous war against the importation of gold. It’s nicely observed that people from all over the world who have a survival instinct have understood the masterful confiscation of their possessions, drummed by bankers & supported by complaisant political rulers. Many are trying to rely on tangible assets, such as cash but also as gold, to escape the grip of globalized finance.

And another confirmation…. The rupee plunged against the dollar king….

So to be able to monitor the world, our new government needs to homogenize the means of payment & accounting across the globe. That’s why you always find the same banks, the same listeners, the same accounting standards, & the same obsession with all dematerialize & digitize everything. The company without cash is only one of the axes.

Meanwhile, the bank just like the casino still wins. Client deposits that are the source of bank enrichment have increased by 5.1 trillion rupees between 10 to 18 November 2016, surprised.

So if you’re banker or works for any bank you need to be prepared for nice bonuses for the holiday season! :).

But what are the benefits at the end for the common man? Or it’s just a political move?

While it’s difficult to have an exact assessment of unaccounted wealth in the country, however, it’s estimated that around a fifth of India’s GDP or we can say around 450 billion dollars are stockpiled throughout the various networks in the form of tangible assets & cash. In March 2016, Rs. 1000 & Rs. 500 currency measured to Rs. 14.2 lakh crores, which is about 85% of total currency in circulation.

The main advantage of this step will be the better reinforcement of the economy. At present, the costs of lack of formality are substantial in low tax base which impacts government revenues, lack of economic control through monetary instruments, & inferior economies of scale. The present tax base is very low & it’s vital to increase Tax to GDP ratio from the current level of 16.6%, which is comparatively much lesser than 21% in other emerging economies.

To change this situation it is important to track down unaccounted economic activities into the organized sector, as less than 30 million people only filed personal income tax with more than half of these paying no tax. To push Indian economy from present 2 trillion dollars to next level with the much faster pace it’s necessary to prevent those who are violating the laws with impunity even for daily business transactions.

The demonetization step moved banks into the wonderland as their deposit mobilization has been reinforced. As a result, more households will find it commanding situation to open bank accounts & will use cards for payments, overall Indian banking sector witnessing massive increase in banks’ liquidity. The direct result of boosted liquidity in banks is the dropping of deposit & lending rates that supports to ease the weight of EMIs & indicates well from a macroeconomic front for real estate, automobile sector & the industry which have large funds available for businesses.

In addition, the repression of black money by demonetization will lower inflation, as this move allows transactions to go further into the banking system, which will ensure transparency. Another great advantage of this decision is a direct attack on terrorism. The frequency of cash usage for purchasing also made India inclined to high inflation. The corruption which mainly relies on hard cash exchange is actually eating away the purchasing power of money. The decline in the use of cash will have a braking effect on inflation & this will be a further encouraging point for the macro fundamentals of India.

To make the story short (& sweet), Demonetization will ring many bells, but will be helping India move ahead! Demonetization will lead to digitization of currency & widening of tax net. Imagine the Real Estate which has sky rocketed, will be affordable again along with lesser interest rates. More CASA with banks will increase their lending capacity, thus more rate cuts in interests, etc.

(This article expresses the author’s opinion. ESDS.co.in does not endorse the view in any way.)