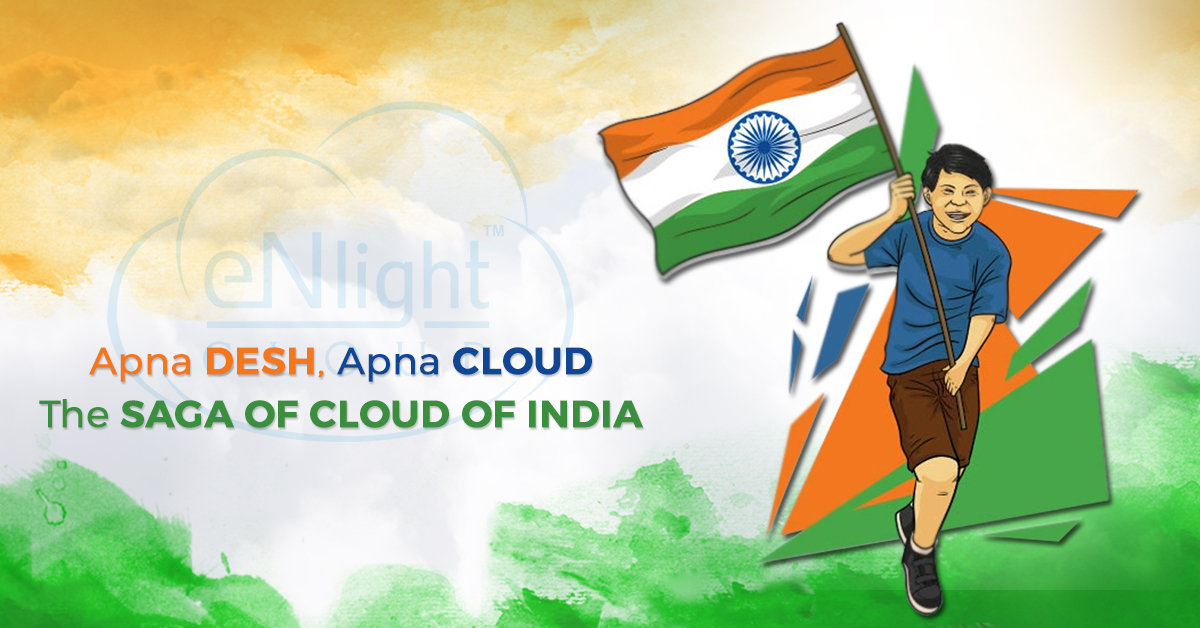 ‘The cloud’, ‘cloud computing’, ‘cloud industry’, and more such terms – we have been reading them, hearing them and using them. But are ordinary users really aware of them, how they function, etc.? Unknowingly or knowingly, we all are using several email services, cloud storage services like Google Docs, DropBox, etc., and yet many ordinary people don’t know that this is all the part of cloud computing services. But they are using it, and the rise in the use of cloud computing is tremendous over the years. It has become an active part of our daily routine. We shall see how the Cloud of India came into existence, created a hype, captured the market, and what the future holds in for us.

You can find what is cloud computing in detail over here; still, you can read a brief description in this article. Cloud computing’s extensive description is as follows – accessing all the system, its data (website, mobile apps, and in-house apps) through the internet from an off-premise setup where all the computing resources, viz., software, hardware, and the network is created. The hosting industry came into the picture when people started utilising a lot of internets with not just their desktops but via other portable devices. They needed to access their data and stay connected to others from anywhere at any time without any hindrance. The users use all these cloud services without the knowledge of what these are and how they function. The emergence of the Cloud of India has marked an important chapter in the history of the growth of the Indian cloud market. Let us see the different aspects of the journey of Cloud of India, one by one.

The Rise of Cloud Computing and Cloud of India

Did you know the concept of sharing computing resources has been around since the era of mainframe computing which began in the 1950s and the term “cloud computing”, which is comparatively a modern term, was coined only in the last two decades? Back then, users were concurrently able to access and share a central system through various computers. It was realised by enterprises that since purchasing and maintaining computing capacity was so expensive; it made sense to share the resources for economic reasons. This is when the idea of sharing computing resources a.k.a. ‘cloud computing’ came into the picture. The concept of virtualisation leads the way in the 1970s where several virtual computers ran on single hardware, but this idea did not catch up early.

The very first milestone in cloud computing history took place in 1999 after the arrival of salesforce.com, which lead the way of delivering business applications through a website. This initiative by Salesforce paved the way for the specialist as well as mainstream software corporations to deliver apps on the internet. Soon after Salesforce, Amazon came into the picture and started working with cloud computing technology starting with AWS and launching their Elastic Compute Cloud (EC2).

Later on, Google and Apple too adopted cloud technology which marked another significant milestone, and since then the cloud has been growing and evolving at a rapid rate. Then around 2005, businesses realised that it made more economic sense to buy shared computing resources from the cloud since it required lesser working hours and efforts and in turn had more capabilities and was inexpensive.

Cloud computing as technology has existed for quite a long time now, and the way enterprises have used it has been rapidly changing. It began as a simple hosting service and has evolved to IaaS, PaaS and SaaS. At the present day scenario, large scale cloud computing is now accessible to everyone. It’s not just limited to big players in the market and now is open to anybody, anywhere. Cloud has now grown into a well-known approach for the management & deployment of applications for a growing number of businesses.

The Vital Features of Cloud Computing – The given set of bullet points shows the essential features of cloud computing services and solutions. Have a look:

India has been and still is a big potential market for cloud computing growth. It has rapidly augmented in the last some decades. The SaaS model saw an increase of around 76% during the years 2007 to 2011. The growing number of SMBs have been providing a huge market for the expansion of the cloud. Since then India has been the fastest emergent of the SaaS market, considering the Asia-Pacific region. During that period, the stored information grew up to 2.3 million petabytes (approx.)! Therefore, the competition in this field has always been very fierce.

Cloud has entered and impacted almost every industry present in this world like banking, government, healthcare, education, social life, and development. There is no looking back for the cloud since its inception. With its GDP (Gross Domestic Product) reaching the number of $2.597 trillion by 2017’s end, India became the sixth largest economy in the world, as per the report of World Bank Report 2017. Quoting the increasing number of exports and government investments, the World Economic Forum estimated that the economy would maintain a growth percentage of 7.2 in the coming years. The cloud computing market has a significant share in this growth as it has amplified from 1.3 billion dollars in 2016 to touch 1.8 billion dollars in 2017 – this signifies that the year-on-year growth was 38%. As Gartner suggests, the value of the cloud computing market will smash the figure of 4.1 billion dollars by 2020.

Considering the data of the recent months, many of the tech giants have opened several data centres in our country. But, Indian companies are not staying back. They have been doing several developments in cloud technologies over the years. ESDS Software Solution Pvt. Ltd. is one such company who is continually innovating new things, and one of its innovations is vertical as well as horizontal scaling cloud – eNlight. They have received US and UK patents for the same.

Further, the concept of community clouds was also developed by ESDS into various sectors like Banking, SAP HANA, Government, Enterprise, and Start-Ups. ESDS has also created the perfect scanner for Malware, Threat, and Vulnerability – named as MTvScan 2.0. There is nothing which could stop Indian Industry from ruling the global cloud market.

Though, some challenges still persist in our country which we are still trying to overpower like ultra-high-speed for internet, uninterrupted bandwidth, unlimited power supply, and a secure network of optic fibres. But, the ever-increasing need for invention and agility in business drives the cloud market in India. Further, several significant benefits of cloud, like flexibility, scalability, reliability, and cost-reduction is causing more and number of businesses to shift and migrate to the Cloud of India. Besides, the Government of India’s mission of ‘Digital India’ is also motivating people to turn towards cloud and dump their traditional infrastructures.

Majority of Indian companies have started to realise the potential of the cloud, the intricacies of the data centre, its advantages and therefore, they are willing to adopt the Cloud of India. Several studies have shown that many small and medium businesses/enterprises (SMBs / SMEs) improved the cash flows by approximately 308%, as they leveraged the flexibility and scalability provided by cloud solutions, and around 96% of SMBs noticed a positive effect on their OPEX just in the two years of embracing Cloud of India.

Are you ready to move to the cloud yet?