Current size of the entire Cloud and Data Center business in India is $800 Millions only, while that of Japan is more than $20 Billions. if we expect to get closer to Japanese economy in next 7 – 8 years, then we will have to take steps which were taken by Japan in the last decade to promote hosting of their data within Japan. Internet traffic exchange within UK is free through LINX ( London Internet Exchange ), This is complemented by EU Data privacy policy, which promotes hosting of data within Europe and a guideline is issued to all organization having more than 50 employees to host their data within Europe.

If we make Domestic data free for users within India, then it will promote hosting of India’s data within India, which will add a lot of value to our economy and employment generation. Below listed 11 points will help you to understand why we should demand for Free domestic bandwidth :-

1.    India will save approximately INR 30,000 Crores of Foreign revenue in FY2017, INR 42,000 Crores in FY2018 & INR 58,000 Crores in FY2019 which is expected to be paid to offshore ISP’s for transit/peering, as well as the offshore Data Centers and cloud service providers hosting 90% data of India. ( More information covered at http://www.newindianexpress.com/cities/bengaluru/Cloud-computing-market-to-touch-4.5bn/2013/10/18/article1842018.ece ), Most of the Indian Print Media and Digital Media companies are also hosting their Data Abroad, (Reference http://www.infotechlead.com/cloud/amazon-cloud-media-everyone-like-24571 )

4.    Data Hosting and Cloud computing alone will create 2 Million new jobs in India by 2016, this will scale up to jobs for 2 Crore people in Cloud computing field by 2022, if India’s Data is hosted within India( Reference http://articles.economictimes.indiatimes.com/2012-03-06/news/31127083_1_public-cloud-job-creator-global-innovation-hub )

5.    Global mobile app revenue exploded from $6 billion to $38 billion between 2010 and 2013. This is an amazing ramp, which resulted in multi-billion dollar valuation for apps like Snapchat ($4B), WeChat($30 B ) and Whatsapp ( $19 B ), Facebook ( $200 B ) all major Social media & mobile apps are hosted abroad ( Reference http://www.redherring.com/finance/how-will-facebooks-19bn-whatsapp-deal-affect-the-mobile-messaging-market/ ). 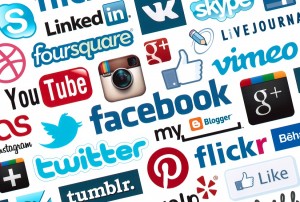 6.    Indian government could have made significant Tax revenue if Whatsapp had an Indian subsidiary for all the Indian users they have and if their Indian subsidiary would have been sold as per Indian tax laws. 45% users of Whatsapp are Indians. Valuation of the Chinese Apps, Social Media companies and Search Engine is more than $300 Billions. If the Indian Data privacy laws can be updated sooner, government can make huge revenue from the Fortune 100 Indian IT companies in the years to come.

8.    We should refer to the EU Data Privacy policy act of Year 2012 and come up with an Indian version asap ( Reference http://protectmydata.eu/articles/articles-41-50/article-41/ )

9.    Mobile apps will further strengthen and one day the transactions related to Advertising/Mergers/Acquisitions/Investments in Social Media and mobile based app companies will surpass India’s GDP, India is currently making negligible tax revenue from the Social Media and Mobile app advertising/mergers/acquisitions ( Refer http://www.gartner.com/newsroom/id/1826814 )

10.    Muzzafarnagar riots, Vadodara Riots and killing of a minority youth in Pune were all due to Social Media, ED of India is yet to find the culprits.  Terrorists continue to use Social Media and various mobile apps, India had to take help of CIA and other foreign agencies to retrieve social media communication of Terrorists, ED of India has no control over Mobile Apps and Social media used in India. ( Reference http://indianexpress.com/article/india/india-others/abdul-kalam-calls-for-research-in-cyber-security/ & timesofindia.indiatimes.com/india/Modi-govts-use-of-social-media-illegal-Govindacharya/articleshow/39658086.cms ) 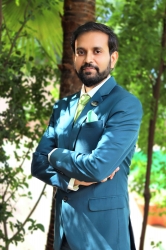