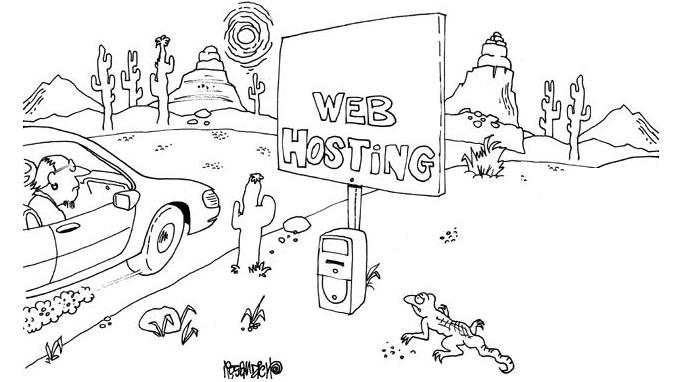 Web hosting… The basic goal of a hosting service is server hosting or web hosting to which certain users could access. However, there are many elements that come into play when implementing such services because the needs have changed and so has the range of users who have their own website, as there is a spectacular growth in blogging worldwide.

Although some providers were originally specialized in providing services with Linux or Windows hosting, but now, almost all of them offer both options. The differences between the platforms are clear: the cost of licenses for Windows usually means a higher price, but there are other aspects that should also be considered.

One of the most important is the need to have the option to program in ASP or ASP.NET (Windows) or PHP (valid in both, but more efficient in Linux), and respectively have an IIS server (Windows) or Apache (Linux). It is true that there are solutions for Linux ASP but not one hundred percent compatible with the original Microsoft ASP, so that suppliers tend to use ASP with Windows and PHP with Linux (less security problems).

However, the acceptance of the platform and integration solutions by and for Microsoft products is an added value to consider. For its part, Linux is still an outstanding choice for any user, from the individual to the corporation, being the most committed to such systems, as shown by the share of Apache against IIS in the segment existing web server on the Internet.

This element is vital to manage all content on our site, especially if it is dynamic. All information is collected in these systems and are accessible to the end user. Currently, cPanel web Hosting (available on Linux) is the most widespread option because of its stability, power and simple application that making the managing task easier.

For broader deployments, web hosting companies usually give the option to make the leap (of course, at an additional cost) to SQL Server, a system geared to big business.

Windows has the advantage of being able to use ASP and ASP.NET natively, but you can strap up the power of PHP if necessary. However, the stability of Linux, according to many (including me) has no comparison, and the LAMP platform (Linux, Apache, MySQL and PHP) is a safe bet for anyone.
Obviously, not everything is reduced to ASP, ASP.NET or PHP, and many developers use languages such as Perl, Java Servlets (JSP) and CGI, widely used for their speed of execution (though that of the interpreted languages like PHP is excellent .)

However, the use of several languages complicates the maintenance and management of web hosting package, so that the general trend is to opt for the traditional PHP or ASP.

We enter the characteristics that, at first sight, are of most interest to the contracting parties. The first refers to the amount of Mbytes or Gbytes of storage available on the web hosting server to host the content. Both in this section as in the following we have to pay attention to the fine print: If you hire a package, the figure somewhat adjusted to our needs and they grow. For this reason, we must be careful to err on the side.

Closely related to the above, this property determines the amount of information that visitors can download from our website. Each visit involves a download because, at least, you get the page and images. It is pure mathematics: if our home is 1 Mbyte and thousands of visitors enters a month, we’re using the monthly bandwidth of about 1GB . Clearly, host graphics files, documents, video and software downloading increases rapidly, exhausting our quota transfers. As in the previous paragraph, if it exceeds the contracted amount, we will pay dearly.

The accounts are useful if we want a proper domain in which this service (webmail, POP3, IMAP …) is offered to the members of the company or agency that is providing the web hosting. However, you should keep in mind that the space available for each of them depends on their number and what we have hired. Thus, if we have a service with 500 Mbytes, we could have hundred email accounts with maximum storage. Among the most important features of this service is the presence of embedded antivirus and antispam filters, which will minimize the effects of this type of malicious code in the accounts under our control.

A domain is not always associated with the hosting plan that is provided from our supplier, in fact, it is quite common to hire a domain from other provider and host it with another. They are usually two separate services, so that although some include it in the same offer, it’s different concepts, since the implementation of this element involves a more complex series of operations for the supplier.

The management of our Web hosting is a critical task that is simplified with a number of elements that many companies offer more or less success. FTP access accounts are the clear choice to upload content. Therefore, they are virtually mandatory in all services, some of which (the most expensive) can have different accounts to which several people have permission to “hang” information in the portal.

Although this element is important, it is even more so-called Control Panel, a component with the same name as the one used often in Windows Hosting and allows access to all configurable parameters of our space: email accounts and users, data bases, domain management, statistics, records in the log, changing passwords, amount of information downloaded, disk space, etc. There are several types, such as cPanel, Helm, Plesk, and DirectAdmin, and each has certain characteristics (and price, obviously) not the subject of this article.

Suffice it to say that each web hosting provider usually offers some, according to the plan chosen, and even a second owner. Having a standard tool has some benefit, for example, have backups that can be restored on another provider without much effort.

Along with the traditional features that we want, there are a number of options that are enabled by default or optionally according to the plan they welcome us. These include the implementation in our portal, online shops, user forums, transaction security mechanisms (essentially, using SSL), or additional scripts. Keep in mind that if we have the web hosting and support of databases and languages such as PHP (normal) are eligible for many of these services independently and without additional cost. There are numerous tools that allow us to integrate these services at our website, as PHPBB2, OsCommerce, Mambo and PHPNuke are just a few examples we can have.