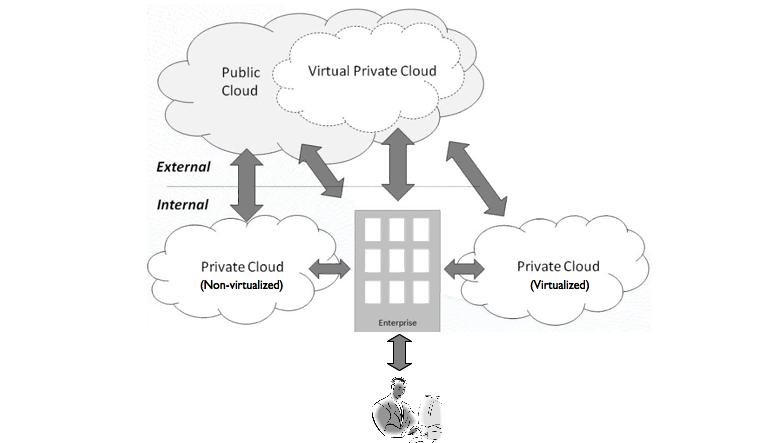 When the market began to talk about cloud computing, the most attention in the industry was focused on the concept of public cloud. A situation triggered by the release of the model by large providers such as Google and Amazon. Today, however, the priority of IT departments who study the adoption of cloud architecture is to invest in private cloud , primarily because of issues related to security.

According to a survey of IT executives, issues of security and privacy are the main barriers to adoption of cloud computing. Still according to another study conducted , 75% of the professionals who plan to adopt cloud computing by 2012, give priority to private cloud.

However, the private cloud services providers also have their share of challenges and they are not just restricted to security issues. The difficulty to identify and manage operational processes is still a barrier for many projects in addition to the investments and the preparation necessary to migrate the traditional IT environments for cloud computing.

In fact, replacing a conventional data center – even one with virtualized servers – for a private cloud architecture is not an easy task. To make matters worse, there is no market suppliers of solutions for this type of environment and the industry differ on the basic concepts of cloud computing.

Virtualization Is Only One Of The Point

In the view of many IT managers, the cloud amounts to a virtualization solution. Usually, what they describe as a cloud design is nothing more than a virtual structure, i.e., the equipment and systems sharing resources on demand.

“Virtualization and cloud, however, are not the same thing”. Cloud to be seen, the architecture needs to have the layer of management and virtualized automation. This means offering a variety of resources – processing, storage and networking – as a service.

In the cloud, a single command or request triggers a series of actions “and the sequence in which they occur is easy to specify and coordinate with.”

In a data processing center of the conventional type, each time a new server is implemented, a professional must do all necessary settings and integrate the equipment into an existing infrastructure. In the case of private clouds, such human intervention is minimal.

In this environment, you can make settings for a single console. Thus, the IT staff is free of the task of ‘place’ in different terminals to adjust security settings, network and system functions with.

Another difference between private and cloud data centers involves usual IT processes. To take advantage of the cloud, often, companies need to readjust the data architecture and review some cases. A classic example is the rules to seek investment to acquire more storage capacity, network or servers. Overall, IT departments must meet a series of requirements. With cloud, the purchase decision may not take weeks, but may get limited to just minutes.