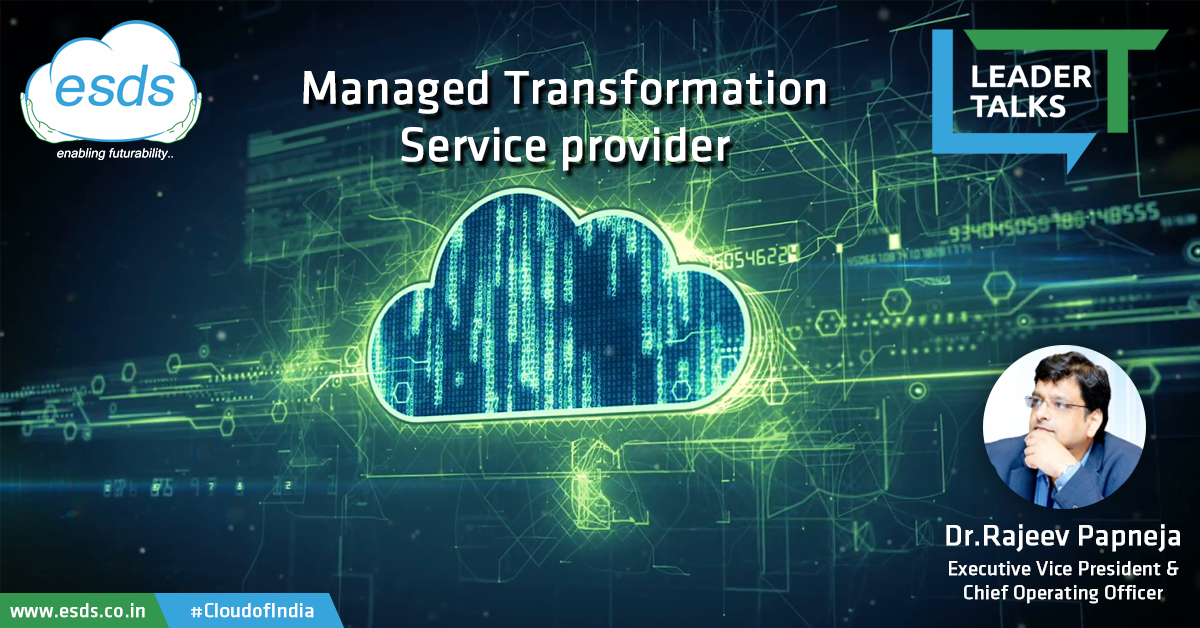 It was not very long ago when enterprises started adopting the Cloud first strategy. Innovation Officers realized that it was the need of the hour if they were to drive Digital Transformation. Rightfully so, this was “the” way to achieve the required agility, flexibility and scale that was needed. Did Cloud first strategy become driver of Digital Transformation or was it the other way around, remains the chicken-and-egg debate for now and does not fall in the scope of this article

Internet is flooded with statistics on cloud. Every article has some or the other percentage mentioned in it with respect to the adoption of Cloud Technology. It is not very uncommon to see statements such as

On a lighter note, I personally refrain from quoting statistics because once I came across a statistic on “statistics” that stated “50% of statistics are not correct”. At another time I read a statistic that said “1 out of 4 people are insane”. Immediately I looked at the 3 people around me but they looked normal J

While my views on statistics might differ with majority, one thing is clear from the above mentioned; Cloud has become the defacto. We have quickly moved from the question of whether to embrace cloud technology, to the quest of finding the right cloud service provider to cater to our IT needs. This transformation in technology adoption gave rise to a number of Datacenters & Managed Cloud Service Providers (CSP) across the globe. It is interesting to note that when the organizations spoke about their journey to cloud, it majorly fell under the scope of utilizing the compute resources from Cloud Service Providers (commonly known as IaaS) and running their existing applications on the virtual machines provisioned by the CSP. All that managed service really meant was managing the physical infrastructure, operating system, and virtualization layer in CSP Datacenter along with providing required scalability. ESDS is one of the top players in Managed Cloud Hosting Space with Uptime certified, Meity empaneled, STQC audited, SAP certified Tier III Datacenters in the nation. ESDS built its own cloud platform using patented vertical autoscaling technology in 2011 and transformed itself from being simply a Managed Hosting Provider to Managed Hybrid Cloud Hosting provider.

If there is anything certain in this uncertain world, it is “Taxes, Death and Evolution of Cloud technology”. While organizations were embracing IaaS, Platform & Software as a Service (commonly known as Paas & SaaS) aspect of cloud started rising and becoming part of organizations’ landscape. Salesforce is a classic example which I believe everyone will agree to. Microsoft started promoting Office 365 while other cloud providers started promoting their services or the services running on their platform. Suddenly, the prominence for the word “Cloud” started shifting from IaaS to SaaS. The organizations have now started accepting Software as a service. The landscape of organizations has not remained limited to their custom developed applications or applications that could be hosted on servers in any commercial Datacenter. Rather, it has got modified to be a mix of applications running on private cloud, legacy applications on some public cloud(s), emails from Azure or Google cloud, Analytics from some other cloud provider, Machine Learning, IoT, so on and so forth, thereby giving rise to the term “multi-cloud”. Though the bottom layer comprises of infrastructure which might be more or less similar running the same branded O/S and hypervisors, the platform and software offerings being provided as a service is where the variedness comes in scene. This is not the only reason though, for the increasing popularity of multi-cloud. With the landscape of an enterprise distributed on multiple clouds, better financial benefits can be reaped during negotiations. The risk of single point of failure at cloud provider level can be better mitigated too. Not all cloud providers will have presence in all the regions, so sticking to one CSP may create latency issues and in some cases it just wouldn’t be feasible due to data privacy laws.

You might be thinking that “Managed Multi-Cloud Service Provider” is fine but what about the new jargon in the title that reads “Managed Transformation Service provider”. Is “Managed Transformation Service provider” another buzzword that is being introduced for the sake of complexity or is it the future? Actually, the answer is otherwise. The term MTSP is taking birth to reduce all the complexity that is getting introduced by the adoption of “multi-cloud”. The one thing that has slowed down adoption of any technology, besides the Temporal Lobe of the human brain J, is the complexity that comes along with any new technology. I recently read an article stating “it takes more than 8 kilometers for a Boeing 777 to make 180 degree turn” and the amazing part was that it is considered as a very quick turn where the flying vessel tilts itself more than 25 degrees. The passengers have to hold tight to something solid during the process. Digital transformation process in any organization is something very similar. While multi cloud service provider can provide support for all the cloud technologies, MTSP would go one step ahead and be the technology partner in any organizations’ digital transformation journey. Key roles that a MTSP would play shall include, but not be limited to

While majority of the enterprises were busy adopting the cloud first strategy, as part of its “enabling futurability” mission, the “Team Accelerate” at ESDS went ahead and started its journey on becoming what I like to call as a “Managed Transformation Service Provider”. Whether MTSP is just another buzzword, a quick passing by phenomenon or is it here to stay, I leave it up to the reader’s discretion!

Dr. Rajeev Papneja
Executive Vice President & Chief Operating Officer at ESDS Software Solutions Pvt. Ltd.
Vision, purpose, relentless passion for technology and life of spirituality–that's what Dr. Rajeev Papneja brings to the table, combined with over 23 years of extensive technology, systems & software experience on an international scale including more than a decade of senior management experience in the United States. Referred to as ‘a COO with a heart’, Dr Papneja is a believer in a borderless new economy. A frequent speaker and panel expert in IT events around the globe, he has won several awards including the ‘GEM of India’, ‘Bharat Gaurav’ and lately with the prestigious ‘Bharat Ratna Dr. APJ Abdul Kalam Excellence Award’ for his contribution to the field of technology.
He believes in the future, loves his extended family of colleagues & associates, and has faith in ESDS' ability to be a Fortune 100 technology company in his lifetime.