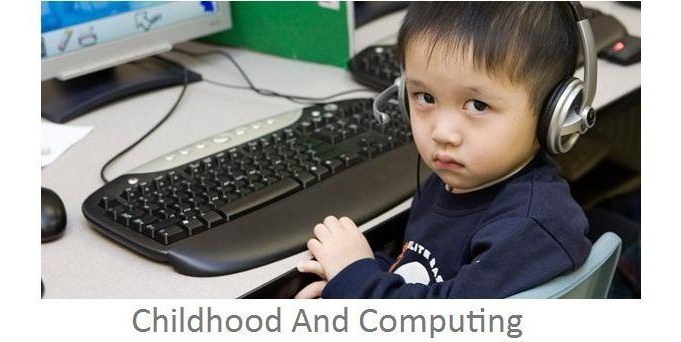 In my childhood (in the late 80s), the dream of children was mostly toys, who was at the time (or just before) should remember the options like GI Joe and Hot Wheels. Toward the end of the 80s, a revolution was announced. The United States and Japan had the first generation here loomed: electronic toys, computers and video games that worked more accurately.

The wealthy could gift their kids with firecrackers technology as the Atari 2600 (complete success), MSX (computer used as video game), TK-85 (another computer used to play). Only this time the percentage of people who owned one of these machines was so small that it was only restricted to the rich cousin of most children. Those who had the first personal computers that I cited as the TK-85 and MSX (Expert of the gradient was most famous around here) and actually used it as computer had a large base of programming, because these computers had to be programmed if needed to do something, the language was Basic, many of today are the leaders, because with the basic logic of programming that had, were far ahead of those who were only using the software.

With the popularization of computers during the 90s and hence the standard IBM-PC computers were abandoned and Windows machines took over the scene, many people acquired computers during the 90s, from 1995 the most common configuration were 486 DX-2 66 MHz with 8 MB of RAM and Windows 95. Since 1997 the Pentium took the stage, but still running Windows 95 (note that I’m talking about the popularity of them in homes and businesses that had not the year of release, remember that India was slower if compared with the technology that it has today). But it was still something for the higher class, which at the time was only 05 or 10 percent of the population, and even those who had a PC in these settings were not willing to leave their small children to be having fun with the equipment.

The scenery changed from the 2000s the computer has become almost mandatory in homes of Indians, cheap machines, and economic stability installment of sight meant that much of the population obtain their computer with reducing costs of both equipment maintenance as it meant that children then (from the 2000s) began to use the computer as a tool for entertainment, and even more because of what their parents most often do not know how to use the computer and all their resources and then allow their children to use the machine (like 80s VCRs, adults picked to program the devices to record the programs themselves, while children did with most ease). Not to mention that when you see the children using the computer mostly to play, parents felt they had at home a little genius and encouraged further use of the equipment by small miracle.

Even with the creation of the internet providers since 2000, around the same time providers have emerged offering the service, gave the kids their first contact with a large network which also culminated in the popularization of chat rooms and Messenger. As the parents of this gang were unable to connect the right computer, computer use was almost unrestricted, restricted only by the internet connection that due to the cost of telephone pulses (at the time linking all was still using dial-up internet on weekdays from 00:00 and Saturdays from 14:00). Once logged in we could access whatever we wanted, because the vast majority of people hardly knew what internet was and what it could provide even then the kids used in everything they could. When in 2005 the social networking site Orkut has had its version available in India, the thing unraveled: the Indians immediately joined the novelty (of course, all it takes very little time) and with it, brought many problems for those who used sites without restriction and chat and relationship and were contacted by malicious individuals or groups.

But we still have the problem with the education of these children, many of them grown using the computer as a unique form of entertainment, sitting in the front of the device for hours either playing or surfing the internet and excluding the interaction with the outside world, including not participating in activities of social-cultural and educational activities sponsored by the school at times in favor of staying at home or even in popular lanhouses, snooping profiles of others on websites like Facebook or by sending thousands of messages without usefulness to others known by the same virtual sites. Sometimes switches to a game in which they devotes several hours, or is making downloads of programs and music sites, but cannot find anything useful out of the virtual environment. Education and health professionals warn parents of the dangers of a life away from the real world, a child brought up this way (on the computer) can even generate fewer worries seen not want to leave the house for anything, but on the other hand will have serious behavioral problems, social and even physical because of the lack of mobility generated by this type of behavior.

Throughout my life, I have seen several examples that showed me the problems of children who have a life focused on using the computer without any restriction. Children who had not had computer or using the one that is controlled by parents, had much greater integration both with teachers and with the classmates, discussed their opinions and were developing so much faster and more stable than children who claimed to use the computer a lot. The parents who allowed the use of the computer without any restriction, had excellent performance in computer classes, but did not communicate clearly, did not have many friends or sometimes none, had learning difficulties and not focusing on what was taught, did not like to participate in group play, showed poor acceptance by being reprimanded in case of doing something wrong.

In conclusion, what in the early 90’s showed up as the future has arrived and can now be considered including past personal computers are no longer just a reality and today are as common as something ignored by luxury, is ranked alongside the powerful television as essential in homes.

The television comes even losing too much space between youth: on television you are forced to watch what the broadcaster wants and when they wants, on the Internet it is different. You, the user, sees what you wants and how you wants and when you wants. Besides not having the regulator, not the owner nor control the youth of today have gotten used to it, now prefers to be without running out of internet television. The young lives connected, accustomed to not wait for anything, and having information at all times.

We are living in India, maybe the second computer revolution, where mobile phones are taking over the computing and Internet access. Besides we can access what we want, when we want, the way we want to still be able to do it anywhere, whether at home, at work, at school or on the street … We just have to be vigilant with children, and the influence of this in their education, but we have a society formed by millions of people connected by the internet, but separated by technology …