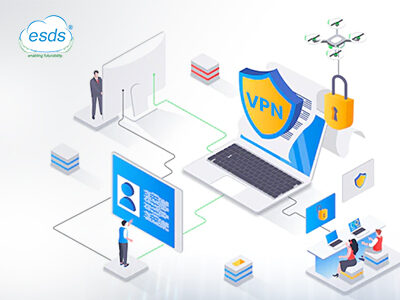 With a combination of hardware and software capabilities, vast amounts of real-time data can now be encrypted and decrypted (relatively) quickly, as well as the ever-present and hazardous presence of the Internet for consumers and businesses, are among the factors responsible for this development. The globe today spends an increasing amount of time, connected to the Internet, increasing the risk of security breaches such as hacking into corporate databases, stealing your private, personal information, or listening in on live conversations and emails.

A VPN, on the other hand, is more than just connecting to a remote server. Continue reading to discover more about virtual private networks (VPNs), how they function, and what to look for when selecting a VPN service.

In essence, a VPN (a virtual private network) can offer two key benefits – Privacy and Security

When you use a certain amount of data, your internet provider slows down your connection as a result of data throttling. You won’t be limited by bandwidth constraints if you use a VPN since your data will be protected from prying eyes like ISPs and others. ISPs can impose data caps to assist some of their customers in getting the most out of their internet service.

If you’ve seen slower internet speeds on different websites and at different times, you may have experienced bandwidth throttling. It’s possible that ISPs — or anybody with administrative access to your network — are to fault for the slowness. You can prevent sluggishness by encrypting the internet traffic of your device. Masking your web traffic’s destination prevents it from being seen by others on the same network.

A VPN can be beneficial to businesses, in particular. Using VPNs, for example, businesses can avoid renting expensive network lines that provide access between office locations Instead, they might use public infrastructure, such as local leased lines or broadband connections from a local ISP, to connect.

The expense of setting up a dedicated private network rises in lockstep with the company’s growth. With Internet-based VPNs, businesses can access existing network lines and network capabilities, possibly improving reach and service quality for remote and foreign sites in particular.

Because third-party service providers may be able to maintain a lower cost structure due to their large number of clients, assistance may be outsourced, and using a VPN may assist a corporation to decrease the expense of operating servers.

Here are the broad types of VPNs and how they can be useful to your business?

The most frequent sort of VPN in use today is remote access VPN. It connects users to a private network through a secure remote server. A remote-access VPN works by passing data between the user’s device and the private network over a virtual tunnel. Your data will not be compromised while it travels via networks thanks to encryption techniques. Businesses might benefit from using a remote access VPN for many reasons. However, data security is the most significant benefit. When an overseas employee sends data through a VPN, it is encrypted, so a hacker won’t be able to see it. Another benefit of remote access VPNs is that they offer a cost-effective alternative for businesses to encrypt data supplied by off-site personnel. Setting up a remote access VPN requires little initial effort, and they may simply be grown as a company expands, especially if a VPN service provider is employed.

When numerous users in different locations need access to shared resources, a Site-to-Site VPN is typically employed. Site-to-site VPNs are used by businesses with many locations to link one branch’s network to another branch’s network. A Site-to-Site VPN establishes a secure connection between geographically separated workplaces via the internet.

When a company uses a site-to-site VPN for all of its activities, its data will be much more secure. Cyberattacks are on the rise, and hackers’ growing willingness to target small businesses should alarm business executives. They will have peace of mind knowing that data may be transmitted across various sites without worrying about a breach if they use a VPN. Because consumers don’t need to install client apps on any of their devices, organizations may benefit from site-to-site communication. Employees only need to connect to the work network as usual, and the gateway will take care of the rest. Scalability is one of the most important advantages of installing a site-to-site VPN for an enterprise. Connecting a new branch or office to the WAN is simple—you won’t have to set up each device on the network individually.

A client-server VPN creates a secure connection between clients and a business network while preserving the network’s security and resources. It includes a new VPN tunnel that allows users to connect to a network while maintaining their confidentiality and privacy.

When using unsecured public WLANs, a client to server VPN is especially beneficial. Because the connection is encrypted all the way to the provider, it protects data from ISPs and third parties. Employees have global access to business resources, which is a big benefit of the client to server VPN. Clients, for example, can connect to the corporate network from their home offices and access the network as if they were in the office.

A P2P VPN (Peer-to-Peer Virtual Private Network) is a service that works with a peer-to-peer network. When looking for a file over a P2P network, the service looks for copies of the file and connects to sources that have part of or all of the requested file.

This service is peer-to-peer network compatible. Users looking for a file on a P2P network may find this service beneficial. It can find copies of the file and tries to connect to sources that have parts of or the complete requested file. Because users do not have to download the material from a single place, P2P speeds up the file-sharing process. Rather, data is downloaded from a number of nodes, each of which has little chunks of the same information. While you download the file, it is also uploaded for additional people.

A reliable and genuine VPN is what you need

There you have it, a quick rundown of everything VPN-related, as well as a mini-guide on selecting the best provider for your needs. And when you look for a VPN provider, reliability, high-speed servers, support for multiple operating systems, a kill switch, no-log policy, are a few musts you would need and ESDS gets you the first of its kind, clientless VPN, highly scalable and highly available eNlight Web VPN that serves your purpose.

The contrast between VPNs when they first started and now could not be larger, but it’s not done yet, just like any other narrative of advancement. We have no way of knowing what VPNs will look like in a few years. 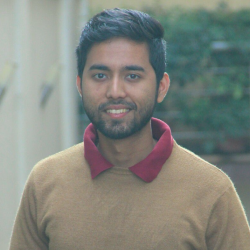 Alston Dsouza
Content Influencer at ESDS Software Solution Limited
Alston holds an MBA degree in Finance, but his flair & zest for writing is what made him a proficient writer. In his industry experience, he has gained ample knowledge on various trending technologies and this is what he wishes to replicate through his words. In his leisure time, one can find Alston either watching or playing any kind of sport.