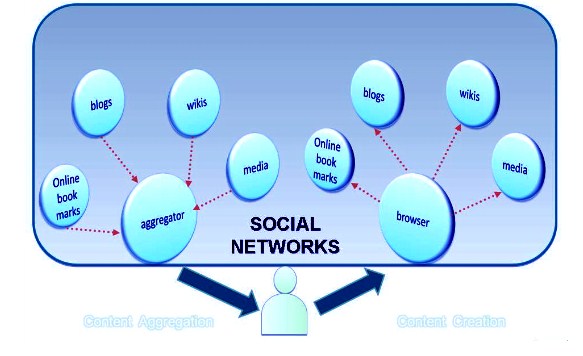 Many would agree that the era of Web 2.0 is coming to an end. Today I will tell you about some of the next generation of start-ups and predicted the death of Web 1.0. The last few years have passed under the slogan “User generated content”, following the same – under the two new:

One of the main reasons for the popularity of PHP is the number of free and easy to install products like WordPress, MediaWiki, phpBB, Drupal & Joomla – all of them can be easily found on most of the sites on the Internet. 90% percent of decisions are based on the differences between the configuration (design / plug-ins), thus the launching of a project essentially consists only of deployment’s.

Industry has responded to SaaS (Software as a Service). Sites like WordPress.com & Blogger.com allows you to create your own blog, where you can configure it with a standalone-decision. Example – Graceless Failures, Twitter develop blog on language Scala. Own domain and no evidence of third-party platform in the design. If the users need a familiar interface forum – no problem, look at phpBB, and before you get a simple interface for the project.

The time when you need a programmer to create an average site passes. The maximum of what you might need is a designer. The rest will take care of intelligent services.

Let’s start with the Iceberg. This application has been started in early summer and has already managed to thunder in the west the Internet. Project management & Customer relationship management are the bedrock of any company, so the Web 2.0 products  met with “a bang”. Two of their major problems – the ability to customize and placing their data on the Internet. Iceberg project was created to solve them.

Iceberg follows the principles of Model Driven Architecture, in which an ordinary user can create his own application via the web interface, creating components and establishing relationships between them (such as associations has_many & belongs_to in Ruby on Rails). Great site Learning Iceberg tells the manager how he can stop kicking themselves as a programmer to automate their business processes. Unlike products 37 Signals, Iceberg can work within the local network.

Following MDA-powered application will give a start-up backed by a notorious Y Combinator. This project allows you to easily create any form, including examples of a simple bug-trackers, order forms or requests for work. The programmer is required for a week. Create your own form from a pile components and get a nice report with charts and export to Excel.

Since we’re talking about Excel, it is one of the products, which enabled to capture Microsoft’s business sector. In the demo video on their website shows how you can move their spreadsheets into Web-based interface, and in addition make it faster to  admin Django or Symfony.

Here they are, the three flagship in the direction of user generated apps. MDA model has long been known in the Enterprise-world, and is now experiencing a new birth with the popularization of DSL (Domain Specific Languages). I think everyone will agree that most of the work in the small / medium sized companies (corporate Web sites and automate business processes) mainly require the gathering and customization of an existing product or routine coding functional. Over time it becomes easier to configure and use ready-made solutions that are cheaper than the contents of the programmer.

Few people wrote their ERP / CMS, but the number 1?/???????/Anything-???????????? (note: not “programmers”, namely “Reseller”) grows. In the USA, no one collects the computer itself, and with the development of virtualization, we again returned to the “mainframe”, no one is running from computer to computer installing office / network setting / … you can take a VPS with 256MB of RAM and set the desired version of PHP, but if you need to launch your blog / website, then there are a lot of services at your disposal, where you concentrate only on your problem and not doing the programming / hosting.

The computer industry is developing with huge strides and most important requirement is professionalism. How many here like to write like any school / student who is interested in computers  is a freelancer, so here, the near future is subjected to be the greater impact with services like “freelancer substitutes”.

Now a Bit of Fun.

The wave of the usual blogs, forums, CMS which is the usual site and has already subsided, and if we talk about the latest news in the world of Python, Ruby, PHP and others, the main topic will be – frameworks. The main successful business on the Internet can now only be a unique idea and a quick way to implement it.

The wave of the usual blogs, forums, CMS which is the usual site and has already subsided, and if we talk about the latest news in the world of Python, Ruby, PHP and others, the main topic will be – frameworks. The main successful business on the Internet can now only be a unique idea and a quick way to implement it.

Web-services, Facebook, OpenSocial, iPhone, Android, Google Maps, YouTube, Messaging, Open Standards, Cloud Servers – here is where it will unfold in the near future “war” on the Internet. Least of all the designers have to worry about – their services would be needed for a long time, the design is not automated, but the web-masters, administrators, coders can start to think. However, professionals are always needed, but if you are coder and your work can be automated, and you do not know what is the complexity of the algorithm, then it will be difficult to retrain.

Describe all these Buzz-words, the above makes no sense, they develop quickly, as well as change our lives. However, if you have not heard about them, pay attention, suddenly it will be the “killer” of your craft.

In general, my advice to you is to watch out for the industry, do not dwell on certain things and your horizons. It is not clear how it will look, online and developer of 5-10 years. Many blame our education system that they do not teach HTML / PHP / … Lord and education teaches you to think and adapt the changes in life. PHP may not be there after 10 years, but the fact is that, regular site will remain.