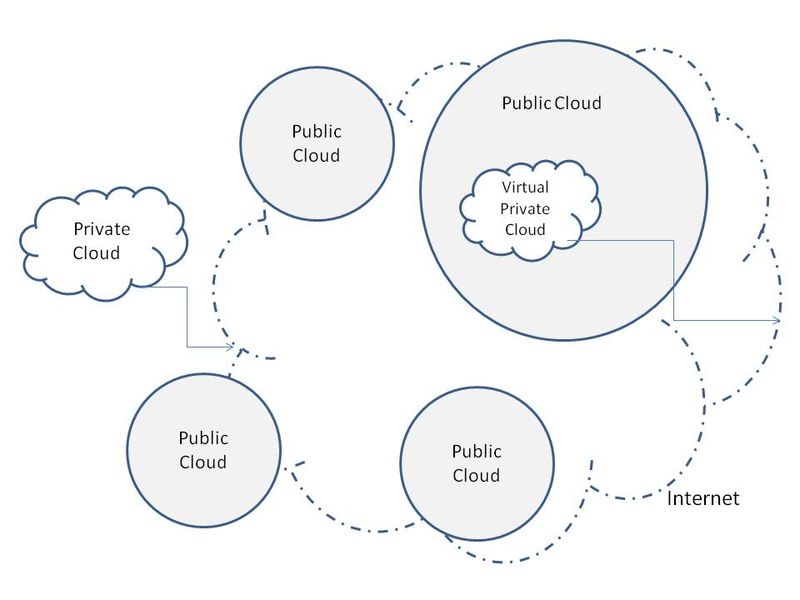 A question we hear in the event of Cloud Computing counts worth and even it is really worthwhile to talk about public cloud, since there are still some doubts about safety and availability.

It is generally observed that large firms are more likely to begin the path toward Cloud Computing through private clouds rather than public. A survey by the IDC showed that the classification for “very appealing or appealing” private clouds had 64% response versus 30% of public clouds. Why? Thinking out loud, I can imagine some reasons … One is that public clouds offer many benefits, but then present the greatest challenges of security and privacy.

In addition, many internal applications from companies have a high degree of predictability of demand, minimizing the value of the model cloud. Applications with demands are less predictable from those that interact directly with customers, such as e-commerce as a sales promotion can affect demand in the blink of an eye. These applications have much to gain from the elastic model of the clouds. But, these applications not only demand high security requirements, as they are highly dependent on integration with other applications. So, if we put them in a public cloud, it could generate more problems than benefits, at least for now.

Another observation is that the motivations for adoption of public clouds are different from those considered for private clouds. For public clouds the main motivator is to reduce cost of ownership software, hardware, staffing and data center). And the model of “pay-as-you-go” is one of the most cited in research for adoption of these clouds.

Imagine the following situation: A company has a peak demand of 500 servers, but the average consumption amounts to a usage of 300 servers. The cost per day is 300 x 24 or 7200 servers per hour. But the company sets its data center to the peak load and pays 500 x 24 or 12,000 servers per hour. It is a factor 1.7 higher than necessary. In the model pay-as-you-go pay for what you actually use and so, if the TCO is less than 1.7 times the cost of purchasing and maintaining servers, it is beneficial to use a public cloud.

The main question concerning the clouds is the public security and data privacy. Interestingly, ESDS offers much more security and operate under very strict security policies and adherence to standards and auditing standards.

The result is that public clouds tend to attract first the interest of small and medium enterprises, while large enterprises will focus, at first in private clouds.

Let’s look at some of these situations to better understand this phenomenon:

A) A small business does not have sufficient scale to virtualize and consolidate their servers to operate in private cloud, as in a larger company. It may, for example, aggregate demand of its business units into one data center businesses and achieve high levels of server utilization by adopting the model of private cloud. The alternative for small companies is to adopt a public cloud.

B) Large firms have better bargaining power with suppliers of technology, achieving better prices for their hardware and software assets. Public Cloud Hosting supplies this deficiency for small businesses, offering an economy of scale that is reflected in lower prices for use of computing resources.

C) It is hard to hire greater technical staff prepared for the challenges of adopting new technology, security, etc. for small business owners, so adoption of public clouds can keep their business up.

Anyway, much water will roll in the world of cloud computing. We can think about future scenarios, where small firms are mostly working in public clouds and clouds in large corporations or private hybrid, with part of its processing in clouds part in public and private clouds. In this context, the proper role of the data center was being modified. We can imagine a data center acting as a broker, with their users requesting resources and allocating the data center, either from private cloud or in a public cloud. The user would not worry where the resources would be provided, he would only make the request for either an application or a virtual server. Where the broker or data center will provide resources.

In short, cloud hosting services will change everything …

Please Note: If you are looking for Rich Data Center Web Hosting, Cloud Services, Dedicated Hosting, Colocation or Software Services in India at Affordable Costs, Visit our website at WWW.ESDS.CO.IN.